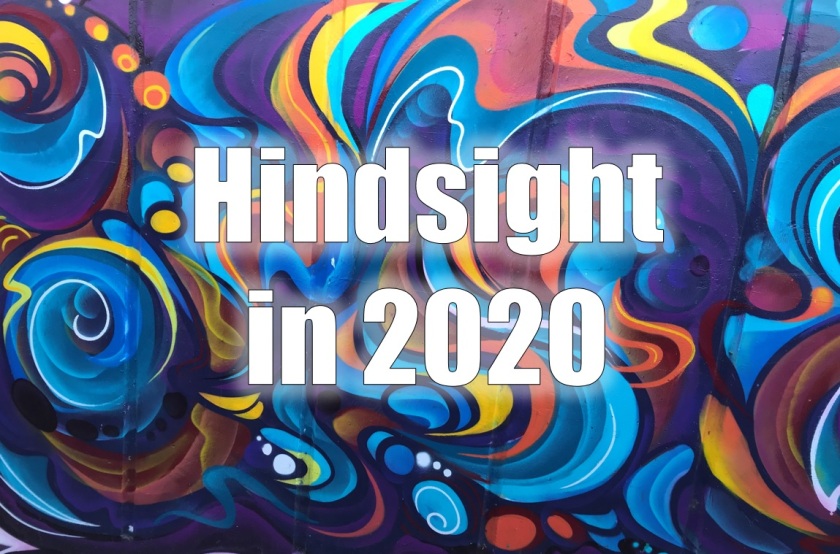 There’s nothing like a pun opportunity to pull me out of the woodwork!  I started writing this update one month ago, and had it almost ready to be published, along with pretty graphs and stuff showing how nicely everything was going.  And then all of the sudden the whole world decided to collectively sneeze, and now look where were are…  I’m including this next paragraph verbatim, written by me in the first draft of this post just 4 weeks ago, as a mute witness of the volatility.

Overall, I’m pretty happy with how everything’s going in my personal financial world.  My savings are trucking along as planned, and all my lines and charts are looking more or less the way they’re supposed to look. 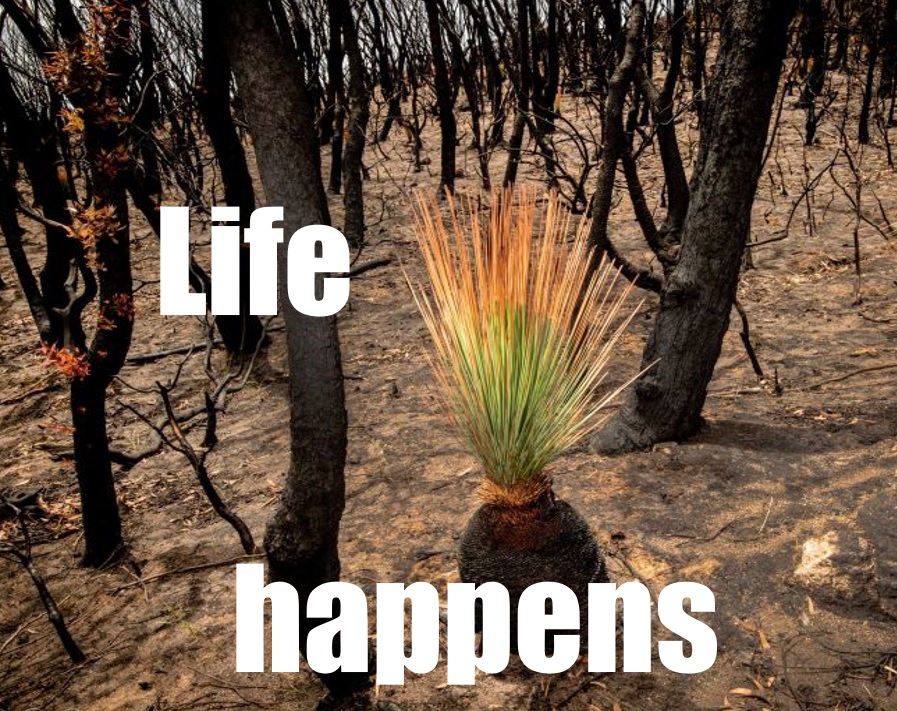 So apparently my timing sucks.  But regardless of that, it’s time for an update, and this is as good a time as any.  I haven’t made any big changes in the past year, which is part of the reason why this blog has been neglected for so long.  There have also been several big non-financial distractions getting in the way this year; life happens!  And that’s not even counting the latest viral drama.

The net wealth chart is still nice and diagonal, which I consider the best indicator of how the plan is progressing.  This chart gets updated every payday, so it was last updated right before the coronavirus crash.  It’ll look a lot less diagonal in a few days’ time, unfortunately…

The chart includes cash in the bank (in a few different bucket accounts), as well as the share portfolio.  The lowest cash line is the emergency mojo account, and above that is what began as the “fire extinguisher” but has become a savings stockpile in preparation for my wife returning to study in the next year or so.  Above that in purple is a thin sliver of the account we use to hold cash while we’re waiting to invest it, which has stayed thin over the recent past because any extra cash was going straight into paying off our Equity Builder loans.  The two Equity Builders are represented by the grey shadow hovering over the whole thing, but now zeroed out as of this month; debt free, woo!  Again, that part will also swell in a few days, because we just borrowed $30,000 to take advantage of the pandemic.  Between the cash section at the bottom in blue and the debt at the top in grey, is the shares portfolio in red.  Shares are the bulk of our wealth outside of superannuation.  The pink shard at the top of the shares section represents the portion of the share portfolio which was purchased using reinvested dividends.  That’s the part that excites me the most.  It doesn’t look like much now, but over the coming years it should grow exponentially in proportion to become our ticket to freedom!

The expense chart is less smooth, and contains a more interesting narrative.  On the whole it’s also tracking along nicely, and our average monthly spend has stayed fairly stable over the past 24 months.  We’ve got the savings rate locked in and stable, consistently at or above our Barefoot Investor target.   But there are some notable exceptions.  By far the starkest of those is the month when we splurged hard and bought a dog.  It was crazy expensive, and I resisted for a while before my wife talked me into it, but I can now say that it was totally worthwhile.  It may not be an investment in financial terms, but it has paid dividends in joy!  There are also a couple of vacations in there, and some

unavoidable medical procedures.  Note that the “food” category includes daily groceries as well as eating out at restaurants, but we eat out so infrequently that keeping it as a separate category seemed pointless.  So even though I may not be conforming to the FIRE community’s frugality, it’s not all splurge either.  I’m not really interested in pushing the envelope to save more; I feel like our spending is rather modest already and our best route to ramping up is to increase our salaries instead.  Of course, that’s easier said than done, unfortunately.  And if that fails, there’s always Powerball…

The stock portfolio *was* a thing of beauty, right up until this month.  Unlike my monthly net wealth chart, I update the portfolio chart on a daily basis, so this reflects every gruesome development over the past week, right up until today (12th March) when the line dropped all the way back down below zero…  After barely breaking even for the whole first year, the second year boomed!  Almost every week in the past 12 months was the highest the line had ever gone.  At the moment just before the epidemic hit home, we were up to around 22% total accumulated gain over the roughly 2 year lifetime of the portfolio.  That includes reinvested dividends and franking credits.  It’s based on the whole collection of stocks, purchased in dribs and drabs over the span of those 2 years, so it’s not as simple as annualised gains of 11%.  The market as a whole boomed over the past year, so it’s not like my choices did better than anyone else’s.  But I’m still happy with it all regardless.  On that note, here’s another paragraph quoting myself from exactly a month ago:

I’m less happy when I consider the near future prospects.  Australia’s economic outlook strikes me as tenuous: wage growth is too low, interest rates are too low, debt levels are too high, and the environmental situation is bleak.  Fires threaten our agricultural sector, pandemic threatens our tourism and housing sectors, and the international scene looks increasingly unhinged.  I’m troubled by the fact that the financial markets, across all regions and sectors, continue on their merry way upwards despite the doom and gloom I’m feeling.  But I guess this has been true for hundreds of years of overall growth.  So it’s business as usual, right up until it’s not.

Awkward…  Right before the crash, I had some amazing numbers.  VGS was topping the pile, giving me over 32% growth over the 2 years I’d held it.  VAS, AFI, and WHF were also performing brilliantly.  But all of this just highlights the way start and end date deceive us whenever we look at charts and stuff.  Hopefully this whole episode can be a great big lesson in long term perspectives.  I’m not going to panic and sell anything, in fact quite the opposite.  We’ve taken advantage of the drop to ramp our Equity Builder loan back up, borrowing $30,000 to buy $15K each of MLT and VGS shares.  Fingers crossed! 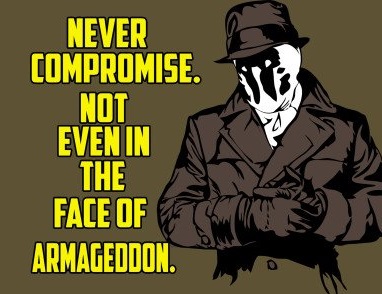 I should also confess that the above performance chart only includes what I’ve categorised as “investment” stock holdings, defined here as things which pay dividends.  That means it excludes all the speculative nonsense like weed, lithium, and milk that I bought during my initial teething rush.  I’m still holding those shares out of stubbornness and curiosity, but overall they’re currently down a staggering 79%…  Even before the disease hysteria they were already down more than 70% in the red, which means that on the whole they’ve coped with the downturn better than the rest of my portfolio…  So I’m conveniently ignoring them henceforth!

Last month we finished paying off all of our debt from the NAB Equity Builder loans we had taken out.  I’m really happy with how it went for us.  Overall from the date we started to the date we made the last payment, it returned just north of 20% annualised gain, which was better than expected.  Of course the start date was quite lucky, and counting any end date at all is arbitrary and honestly kind of absurd, since we didn’t sell anything we bought with the borrowed funds.  Meaning that right now the gains have been completely wiped out…  But obviously that’s not the fault of the loan facility, or anything else, it’s just part of the game.

Our initial plan with the Equity Builder was to get debt free this year, and we nailed that target easily.  However, part of the goal with it was to build up our holdings of the approved investments to be able to use them as a larger deposit if we ever got a good opportunity to reboot the loans.  The CoVid-19 crisis gave us exactly that opportunity.  I hadn’t even gotten around to moving my holdings from the loan facility back to my own personal name yet, so the timing was perfect in a perverse kind of way.

So last week we bit the bullet and borrowed a fresh $30,000 to take advantage of the blood on the streets.  We put half into Australian shares through Milton, and half into international developed shares through Vanguard’s international ETF.  Then over the following days we watched as the prices continued tumbling even further, which is a bit disappointing.  Such is life!

Much ado about nothing

My plan going forward remains fundamentally unchanged, with one glaring exception related to my family life, but that’s a big topic for another day.  One very minor change I’m planning is to slightly increase my cash holdings.  This has nothing to do with the coronavirus, I was already planning this before this whole blasted disaster struck.  I just feel like it’s appropriate to build up a larger cash buffer in case of emergencies.  I’m not getting any younger, after all! 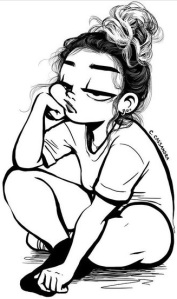 The long gap between blog updates taught me a couple of things about what I’m doing here.  Firstly, passive investing is really straightforward formula: save money, invest, repeat.  It doesn’t really lend itself to scintillating commentary, so there hasn’t been much to write about.  Too many bloggers in the personal finance space seem to jam out copy without having much to say, just for the sake of getting clicks.  So I’ve decided to embrace the lack of content on this site and also keep it ad free, so there’s no incentive for me to dither about.  I have a few topics that I think will make for interesting reading, which I’ll publish when I get around to it, and meanwhile if you’re desperate to read more there are plenty of other bloggers you can google for.

Until next time, may your panic buying be limited to bargain stocks! 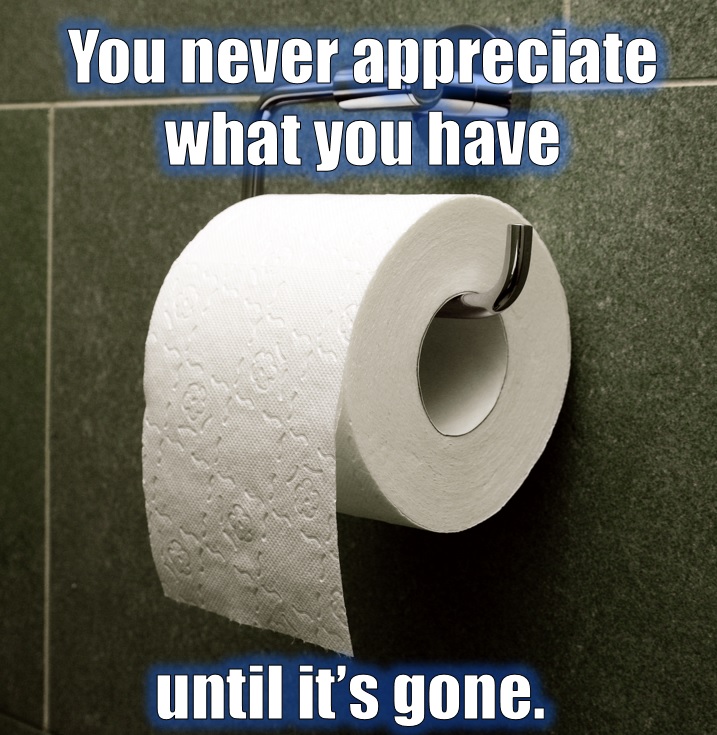