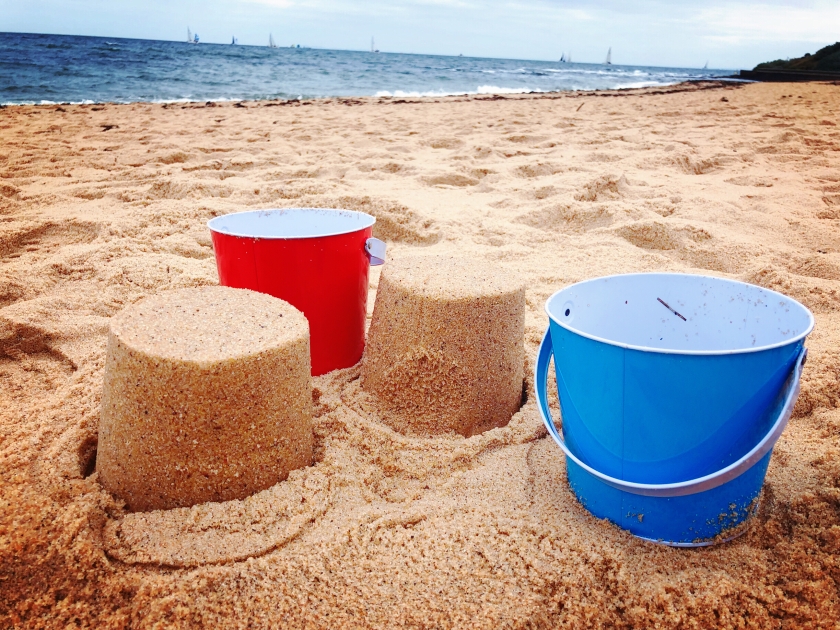 My wife and I have 14 bank accounts between us. I know that sounds ridiculous, but it’s actually the most streamlined system we could come up with to follow the account setup plan in the Barefoot Investor guide. The book presents what appears at first glance to be a relatively simple banking plan. It essentially recommends splitting up your salary into several accounts in order to separate your money into categories. That makes it easier to budget without having to maintain spreadsheets or track every penny that you spend. That sounds easy, right? 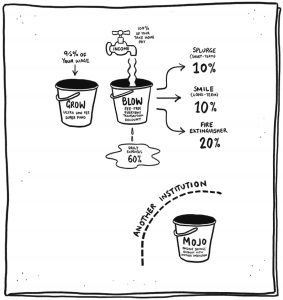 First, set up a “Mojo” account to hold $2000 for emergencies. This account doesn’t have any further income added to it. After that, 60% of your income goes into a Daily Expenses account (this one is self explanatory), 10% goes into a “Smile” account for saving towards things you look forward to, like holidays or a new car, 10% goes into a “Splurge” account for splashing out on unnecessary luxuries, and 20% goes into a “Fire Extinguisher” account which is rather poorly defined. The Fire Extinguisher is basically a multi-purpose account for directing money to whatever doesn’t fit into any of the other categories. Once the accounts have been opened, you should set up automatic transactions between them to get your income into the correct buckets, without having the hassle of doing it yourself every payday. All that’s left is the “Grow” bucket, which is just superannuation. So far so good.

The book goes on to recommend particular banks. It tells you to avoid any account which charges fees, and also aim for accounts which pay decent interest rates on your savings. The author is especially a fan of ING, and recommends that bank for all of the accounts except the Mojo, which he recommends UBank for. UBank is included as an explicitly second-tier option simply because it is a

separate bank, and having your emergency funds in a different institution adds an additional barrier to defeat the temptation to spend the money there. That sounds sensible, except that in practice it’s actually no more difficult to transfer money between different banks than it is between accounts within the same bank. (And soon it will also be equally as instantaneous, once the final NPP rollout happens.)

Unfortunately, when it comes time to set this system up, you’ll immediately discover that the banks have changed their accounts significantly since the book was written. I’m talking about the 2017 edition, currently less than one year old, but already the advice is sorely in need of updating. To the author’s credit, he does state that bank accounts change, and you should follow the spirit of the advice if the details no longer apply. In other words, focus on zero fees and high interest on savings. So that’s what we did.

The biggest change was in interest rates; ING no longer provides the most competitive savings rate. That honour now goes to Rams, with 3.0%. UBank comes in second, at 2.87%, and ING trails in third place with 2.80%. Below that are a variety of other online banks, like MEBank, Macquarie, etc, with all the big bricks-and-mortar banks left in the dust. If you’ve got your savings in one of the Big 4, you need a wake up call! They’re only able to keep profiting from ridiculous fees and low rates because of the ignorance and apathy of so many Australians. I don’t see any reason to be loyal to a bank that’s not competitive, so I’m only interested in the top three: Rams, UBank, and ING. Each of them has their own restrictions which limit how they can be used in the Barefoot plan.

Rams is the mathematical winner, but unfortunately it has the tightest restriction. To get the 3% interest, you have to deposit $200 a month and not make any withdrawals. That rules it out for the Mojo account, since that’s supposed to sit with a flat $2000 balance (plus whatever interest it earns), without depositing more on a regular basis. It might also rule it out for the Fire Extinguisher, depending on how you interpret that portion of your income. My wife and I are allocating that 20% to investing in shares on a regular basis, so that withdrawal restriction eliminates Rams for us for that account. But the Smile account is a good fit; we tip 10% into it each month, and we don’t plan to touch it for over a year.

The key change of the Barefoot darling, ING, was restricting customers’ access to their interest rate on their savings accounts unless you jump through a couple of hoops first. You have to deposit $1000 a month, but that isn’t a big problem because you don’t need to leave the money there. For example, for saving money in the Smile account, if 10% of your income is less than $1000 you can just automatically transfer $1000 in from another account, and then also automatically transfer out whatever you didn’t want in there. It leads to a messy tangle of monthly automated transactions, but you can mostly ignore that once it gets rolling. The bigger problem was that you now have to make 5 purchases per month with the attached Everyday transaction account, otherwise the savings account doesn’t earn as much interest. This is a deal breaker for the Mojo account, since it’s meant to be disconnected from your other accounts. Even though the interest rate is not terrible, I want my savings to be working for me as hard as possible, which rules out ING for my Smile account too. I ended up ignoring the savings rate and keeping ING only for my Splurge account, because I make plenty of small day to day purchases from that account, like coffee and lunches.

The clear winner here is UBank, with far less onerous restrictions than the others. To get the 2.87% interest, all you need to do is deposit $200 per month. You can withdraw it again afterwards if you want to, which makes it a good choice for the Mojo account. It means the Mojo isn’t in a separate institution, but as I said earlier, I don’t think that matters because of the ease of cross-bank transactions. We’re also using UBank for our Fire Extinguisher account, because it’s flexible while still earning decent interest while we accumulate enough cash to buy the next chunk of shares. UBank also has handy cosmetic features like a sweep function that keeps your expense account at your desired balance. Unlike ING, you can debit directly from the savings account, which makes it easy to set up all the automated transactions required to maintain the flow between all the different bucket accounts. That’s where it all gets messy! 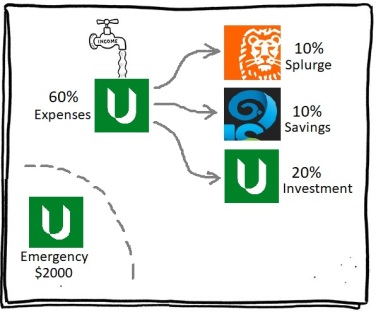 So that’s our back-of-the-serviette plan.  My wife and I have both of our salaries going into our joint UBank transaction (Ultra) account, which is our 60% Expense bucket. Then 10% flows into ING for splurging, 10% into Rams for saving, and 20% of it flows into the attached joint UBank Saver, which is our Fire Extinguisher / stock investment bucket.  Unfortunately that’s not the whole picture, because it doesn’t reflect the multiple attached, joint, and individual accounts, or the money bouncing around between the accounts to trigger all the $200 and $1000 monthly deposit requirements.  Rounding out the 14 are our three NAB investment accounts.  My wife and I each have NabTrade cash accounts in our individual names for buying shares, and we also have an account attached to our new Equity Builder loan facility, which I’ll be diving into in another blog post soon.

We could simplify things a little by using the UBank transaction accounts attached to our individual Mojo accounts as our Splurge accounts.  That would bring us down from 14 to a more sensible 10 accounts, because we could get rid of our four ING accounts.  It would be an obvious solution, because we already have the two currently unused individual transaction accounts attached to our UBank Mojo accounts.  However, UBank’s sweep feature would automatically push money out of our emergency savings if we accidentally over-splurged, which goes against the Barefoot goal of keeping the Mojo isolated.  We’d probably go for the simplification anyway, except that we like ING’s one remaining competitive advantage: it gives free international transactions and ATM access, so it’s useful as a travel account.

Despite the complexity, it’s all working quite smoothly.  Overall I’m just happy to be avoiding the big banks with their account fees and low interest rates.  Given the ubiquity of the Barefoot Investor, I’m sure many others have struggled with replicating its methods.  Hopefully this post will be a useful guide, at least until the banks go and change their products yet again.  I’m sure there are better ways of structuring banking than what I’m using, and I’d love to hear about any other strategies you’ve come up with, so please leave a comment below.

Disclaimer:
I don’t get any kickbacks for suggesting any of the banks discussed here.  I do indirectly hold shares in the banks though, as underlying stocks in the LICs that I own.
I’m not qualified to give financial advice.  If you’re confused about banking, talk to an accountant.

September 2018 update:
Unfortunately, Rams has now pulled back their interest rate to 2.80%.  That means it falls from first place in the interest rankings to a pathetic 4th place.  (MeBank holds the number 3 spot now.)  The only positive about Rams now is the disincentive to withdraw money, which might not be a positive to some people but I like having some money that’s a bit more firmly squirreled away.  Once the feelings of betrayal subside, I’m going to have to reconsider my account structure, probably putting more of our savings into UBank, the new number one.

November 2018 update:
Now that we’ve started a joint SelfWealth trading account, our total number of bank accounts is now up to a whopping fifteen!