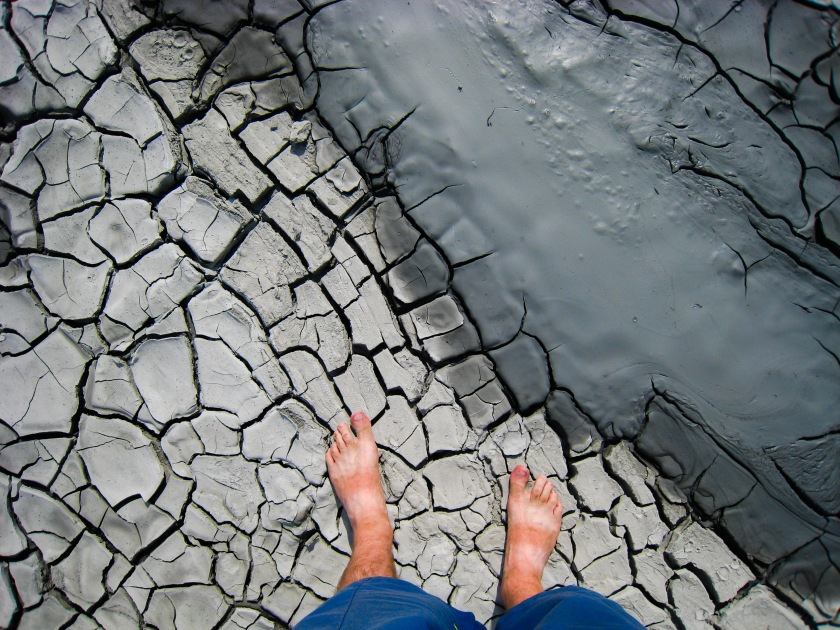 As the book that got me rolling down this road to financial awareness, it seems fitting to start this blog with a closer look at the Barefoot Investor.  Scott Pape’s book has a lot going for it, but it should also be taken with a pinch of salt.

In my previous post I mentioned that this book changed my perspective. It showed me what was possible and gave me hope that I could still achieve my financial goals. With no debt, low expenses, and a decent savings rate, I was already better off than so many Australians. Showing me that was enough to give me a kick in the pants towards taking my finances seriously. 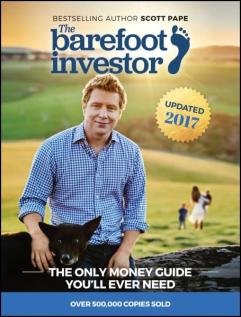 The target audience is the key to understanding the context of the Barefoot Investor.  It’s squarely aimed at people who know very little about personal finance.  For people like that, the book is an amazing introduction to a frightening world, delivered in a simple, fun way that makes it easy to get into.  At the time when I read it, I was exactly that person, and it woke me up.  Since then, because of that awakening, I became totally absorbed in the world of money, and I spent the following six months devouring any and all knowledge about personal finance that I could get my hands on.  I now find myself in a position where I can look back on the book and see that it contains several holes, logical inconsistencies, and questionable advice.  But that should not detract from its value to those it was written for.

The best thing about the Barefoot Investor is that it makes personal finance sound easy.  The writing style is jovial and direct, and it makes what could be a dull and even painful topic easy to digest and fun.  It’s unashamedly Aussie, and filled with vernacular that could be difficult for non-native speakers or for anyone who didn’t grow up in Australia.  Many of the core lessons of the book are excellent.  I completely agree with Pape’s opposition to credit card debt.  His approach to budgeting, using a number of specialised bank accounts rather than fiddling around with spreadsheets etc, makes money management easy.  His advice about what and how much to insure is solid and practical.  For someone who hasn’t been managing their money well, this book is full of great advice for getting your life and finances under control.  It will help with the broad strategy (live within your means, save up for the future) and it provides detailed tactics for achieving that.

My favourite things about it are the Barefoot Date Nights, and the Splurge account.  The date night idea is a lovely one, especially for couples where one half puts more emphasis on money matters than the other half.  Giving both sides an opportunity and a reason to talk about financial affairs is an underappreciated necessity.  Money people tend to be linear folk who focus on the numbers, and don’t pay enough attention to the relationship which could either bolster or undermine so many people’s wealth goals.  This is also why I like Pape’s approach to the Splurge account.  10% of your income is devoted to spending on yourself (although strangely he doesn’t say whether that’s 10% of a couple’s combined income each, or separately; we’ve interpreted it as 5% each), with a separate bank account and debit card for this sole purpose.  This means that my wife and I are free to spend our individual Splurge allocations on whatever we fancy, without the other even seeing what such luxuries cost, and we never need to argue about it!

Since you’re reading a blog about personal finance, you’re probably more clued in than the average Barefoot reader.  For those of us that are further along in our financial education than the target audience, some parts of the book don’t quite gel.  Some of the details look great in theory but don’t really hold up to close scrutiny, and some of his advice is based on emotional bias rather than financial prudence.

The first issue I personally ran into was with setting up the book’s recommended bank account strategy, although to be fair this isn’t really the author’s fault.  Australian banks change their account structures at a cracking pace, and even though the latest version of the book is less than a year old, the bank accounts he recommends are no longer practical.  I’m planning to write a longer post explaining the account setup that my wife and I finally settled on in more detail, so I won’t belabour that here.  It took us considerable extra effort to get the accounts within the spirit of the Barefoot plan, rather than the letter of the plan.  To his credit, Pape does mention that this may be necessary if the banks change their accounts.  The one aspect of this that deserves direct criticism is how vaguely defined the different bucket accounts are; his description of the “Fire Extinguisher” account changed throughout the book, and its specific purpose was still unclear to me after several re-readings.

The Barefoot approach to superannuation seems to be a contentious issue among the Australian finance online community.  Recently I’ve been reading a lot of people complaining that the low-fee Hostplus Indexed Balanced fund which Pape recommends has underperformed, net of fees, compared with other funds.  I’m with Pape on this one.  A lot of detractors seem to misunderstand the point of it; he’s not claiming that it has outperformed.  His point, which I agree with, is that we can’t know which super fund will outperform in the future, so we should maximise the one factor we can control, which is the fees.  This is the same uncontroversial argument in favour of investing in low-cost index ETFs instead of actively managed hedge funds.  So I’ve switched to Hostplus after reading the book, and I’m curious to see how well it performs going forward, but at the very least I’m glad to not be wasting my hard earned on exorbitant fees.

The part that most inspired me in the book was the encouragement to invest in the share market.  It’s something I’d always been curious about, but I was always scared off by the popular narrative that shares are risky.  So I took Scott’s advice to heart and started looking into the sharemarket as a key pillar in my investment strategy.  Then of course I had to figure out where the money for that would come from.  The Barefoot budget-slash-accounts strategy is very detailed about what each portion of your income should be allocated to, and one hundred percent of it is spoken for without any mention of shares.  So there’s this great endorsement of investing in shares, along with a budget that rules it out.  That left my wife and I to haggle over how to interpret the book and which of the Barefoot buckets we thought were most expendable.  For a book with such detailed micro-advice in other parts, this struck me as a glaring omission.  Another inconsistency about shares is the advice to avoid picking single stocks and instead buy diversified LICs (which I agree with), followed by heaping praise on a single stock which supposedly made the author a lot of money (the commercial real estate investment trust BWP).

Pape’s approach to real estate is also incongruent.  After starting the book with an admonition against lax financial discipline (by likening the desired approach to the staunchness of alpacas), he later goes on to say that even though buying a house might not make good financial sense you should do it anyway, come what may, just because it’ll give you that warm fuzzy feeling.  This is exactly the opposite of what he counsels  when he tells people to avoid wasting money on expensive cars or unnecessary luxuries.  The fact is, for many Australians, especially those in Melbourne or Sydney, buying a house at the current multiple of rental yield would be fundamentally unsound.  Sometimes you’d be better off renting and putting the savings from not having a mortgage towards better investments.  Pape even explicitly admits that, and then goes right on to ignore it by saying that most people lack the discipline to invest their savings.

If you’re planning to buy this book for yourself, then there’s a strong chance that you’re already interested in and looking after your financial situation.  In that case, this book will probably be of limited use to you.  And if you’re the type of person who has no interest in personal finance, then it’s unlikely that you’d consider spending money on a book about money.  In conclusion, it seems to me that the real target audience for the Barefoot Investor is as a gift, from one who cares about money to one who doesn’t.  (Thanks again, mum!)  If you know someone who’s made a mess of their financial situation, racked up credit card debt, or squandered wealth, then buy them a copy of this book and convince them to read it.  But if you’re already switched on and looking for sensible investment advice, then don’t be fooled by the book’s title, and instead read something with more substance.  If that sounds like you, then stay tuned for my next book review!